David Price Will Call Out Your Nerd Ass 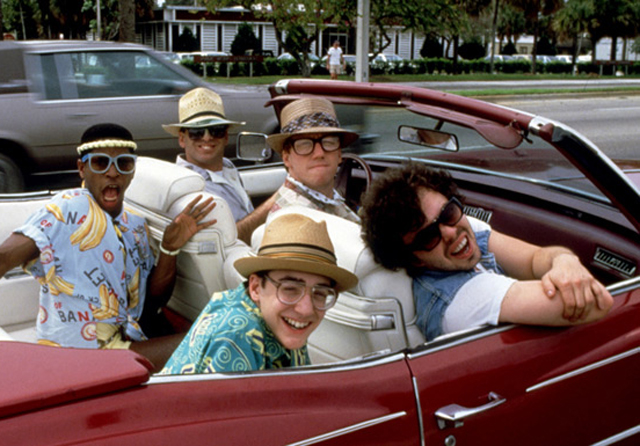 Last night, while trolling the post-game coverage on TV and sinking further into a Twinkies- and light beer-induced coma, I swore I heard Trenni Kusnierek on Comcast SportsNet say that David Price referred to a pack of Boston reporters as “nerds.”

I actually had to rewind it a few times to be sure I’d heard her right. “How much have I had to drink,” was my first thought. “Does anyone born after ‘Happy Days’ went off the air even use that term as a put down anymore?”

A few minutes later, Trenni confirmed it in this tweet:

And then, later, Price started calling out nerds in his own timeline:

Meanwhile, rookie Wil Myers, who was the object of the Fenway crowd’s ridicule and mock cheers all weekend, simply put the blame for that pivotal Friday night flyball miscue on his own shoulders. When he could have easily said someone in the Sox bullpen called him off. Or blamed it on loud fans, the Rays’ hectic schedule, or his fellow outfielders. Or, like Price, just blamed the nerds.

Next post Can the Red Sox Close Out the ALDS Tonight?

Previous post Sox Win Game Two: In Ortiz (and Everyone Else) We Trust