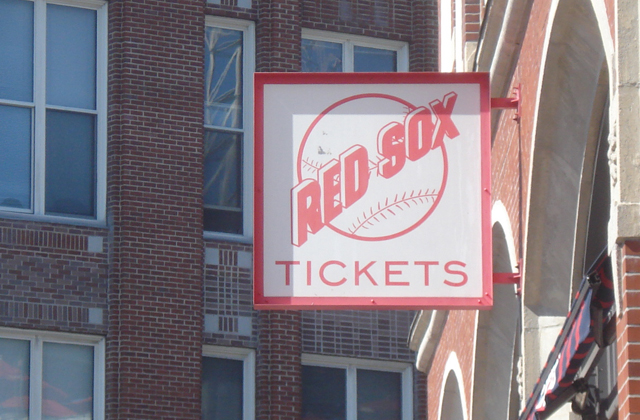 Last night, the Red Sox won the first game of their final homestand for the 2013 regular season. It was their ninetieth win and, for an added dose of sugar, it was against the Yankees.

After last year’s debacle, just seeing the Sox take the field for spring training without spontaneously combusting would have been a step up. But here we are with 90 wins, an 8.5 game lead in the East, and our first all-but-assured division win since 2007 (only our third since 1995).

It should be enough. In many ways, it is more than enough. But I want something even bigger.

It hasn’t been done since 1946, when the Sox went a staggering 104-50 (before losing a spirit-crushing World Series to the Cardinals). Since that time, they’ve come close; the 2004 team won 98 while 1978’s team — featuring NESN’s Jerry Remy, Jim Rice and Dennis Eckersley — won 99. In the entire history of the franchise, it’s only been done three times. And I want to see them do it again.

I’ll admit that it’s pure greed. This team has already proven itself to be a marked improvement over last year’s model and one of the best Red Sox teams in recent memory. They are tough, they have character, they’ve kept it exciting and they’re gonna bring us baseball in October. A lot of other teams don’t get that. And I realize this.

But as the Sox have gone through their amazing 21st century revival, my checklist of things I’d like to see the team do has expended from simply “not send me into a vodka- and depression-induced coma” to several no-hitters, actually beating the Yankees in a big post-season series, and achieving the most elusive prize of all by winning a World Series.

Now they have a chance to win 100 games. For only the fourth time in their history. As I noted, the last time they did it was 1946. And if you don’t think it would be fun to speak of Jonny Gomes and Mike Carp in the same sentence as Ted Williams and Bobby Doerr, then we can never, ever be drinking buddies.

It wouldn’t be an easy task. The Sox only have 13 games left, and they’d have to go 10-3 across a stretch that will put them up against the Yankees for 2 more and the pesky Orioles for 6. On paper, it’s pretty improbable.

But in many ways, this entire season has been improbable…at least so far. And with every game, every comeback, every “holy shit, did that just happen?” moment, this team is rewriting the rules. Why can’t they win 10 more and chalk up a 19-6 September? Why can’t we go from the worst team record in Red Sox history to one of the best? Why not them?

Stranger things have certainly happened. And things just keep getting stranger every day of this almost-too-awesome-to-believe season.

Next post Time to Put the Yankees Out of Their Misery