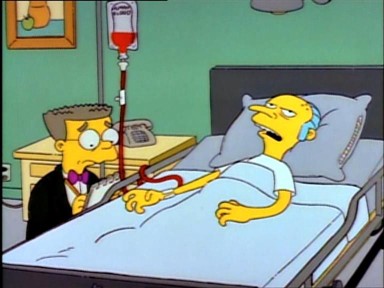 As a guy who still wakes up in a cold sweat screaming for Grady Little to take out Pedro, one of the most awesome things about John Farrell’s hiring was that, as a former pitching coach, I figured he’d at least handle the staff with finesse.

For the most part, he has. But last night’s game? Peavy never should have seen an inning past the sixth. Yet there he was, being trotted out for the seventh, much to my (drunken) chagrin. That set off a shitshow for the ages, which saw a 7-2 lead dissolve into an 8-7 deficit in what seemed the blink of an eye.

From that point on, this was a game we should have lost. Yet, amazingly, we pulled it out, even after being down a run with two out and nobody on, facing Mariano Rivera in the ninth. That, my friends, is the brink of destruction. And I still have a hard time believing we got the W.

I mean, I know how we did it. I just can’t comprehend it. A last ditch single in the bottom of the ninth by Napoli becomes a stolen base from Quintin “Who?” Berry which results in a run after a throwing error and a Drew single. Later, in the tenth, we clawed out another on an Elsbury single and stolen base and yet another big Shane Victorino hit.

These guys are no longer playing in Earth’s atmosphere. It’s something bigger than all of us. Precarious as all hell, but somehow working.

All I know is a team that was dead somehow resuscitated itself, going from “year’s most embarrassing loss” to a 6.5 division lead in the blink of an eye.

It makes about as much sense as things did in 2004. And we all know how that ended.