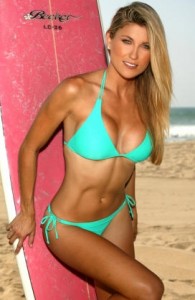 Clay Buchholz has the most wins of all MLB starting pitchers, on the team with the best record in baseball, and he gets to go home to that. It does not suck to be Clay, but it doesn’t suck to be a Red Sox fan, either. I love watching these guys play.  After a brutal loss with Lester starting against the bottom-dwelling Jays, the team came blitzkrieging back with a beat-down of their own.

Buchholz went seven strong, shutting out the Jays, while Mike Napoli, Daniel Nava and Stephen Drew supplied the offense. That’s right, Stephen Drew, the younger, apparently sturdier brother of JD, hit his first home run as a member of the Red Sox. And we liked it.

It was a good night all around for Boston teams. The Bruins also made a mockery of Canadian sports teams, beating the Maple Leafs 4-1. The Celtics cranked up the pressure on the Knicks, who classlessly showed up for the game dressed for a funeral, by winning in New York 92-86. No NBA team has ever come back from a 3-0 playoff deficit. Can we get a Kevin Millar quote here?

Finally, we are all saddened by the news that half of Kris Kross is no longer with us. I urge everyone to wear their clothes backwards to work tomorrow out of respect.