Back on Top Again 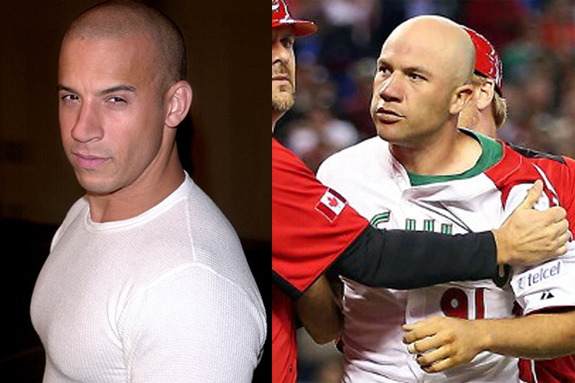 So Alfredo Aceves comes back to the bigs to make a spot start for the Sox, going six strong with one earned run ad three strikeouts and helping to propel us back into sole possession of first place. Meanwhile, in the same weekend, Vin Diesel returns in Fast & Furious 6 and tops the box office.

Absolutely not. But last night, when I was drunk on cheap beer and ribs, I couldn’t stop talking about it. To the point that I had to be forcibly removed from the barbecue.

Anyway, congrats to the Sox for turning it back on as we head into May’s home stretch. They’ve now won 10 of their last 14 and are rapidly becoming one of the more enjoyable teams to watch in some time.

Next post Red Sox vs. Phillies: The Rivalry Continues