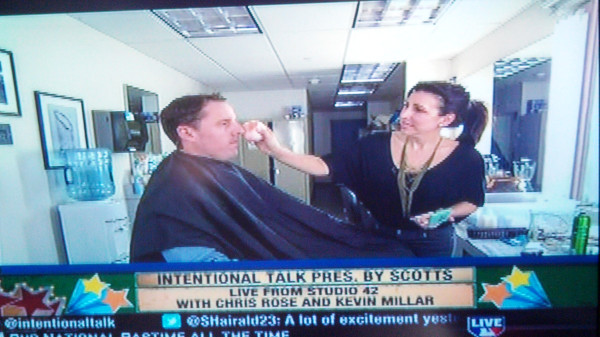 Ready for his close-up. Today.

In the off-season, I picked John Lackey to be the surprise of the 2013 season. I figured this would be the year we finally understood why this guy’s the top dog on the salary chain, and that we’d be lining up to shake his hand by mid-September. In short, I was really f#$king rooting for the guy.

And in his first outing this year after losing 2012 to surgery rehab, Lackey was doing as good–maybe even better–than we’d hoped he would. Until he strained a bicep and left in the fifth inning.

But today, he’s back. At Fenway. With a chance to sweep the Astros, continue a win streak that sits at four games, and build upon the best record in baseball.

If he goes out there an shuts the Astros down–and I can think of no better team for a guy to make a return-from-injury start against–it’s yet another thing for Red Sox fans to be excited about. The thought of a healthy, effective Lackey joining Lester and Buchholz in the rotation almost seems an embarrassment of riches.

If he shits the bed, it raises questions: Is he okay? Will he ever be okay again? Is his body a mere capsule being manipulated by aliens planning a massive invasion? That last question is perhaps the most critical, especially if the aliens in question are meat-eaters.

If, God forbid, he injures himself again, there’s the chance he may get shut down for an extended period to get things right.

Either way, I hope the guy knows we have his back. After all the shit that’s gone down in this city of late, the last thing we’re gonna do is start booing one of our own. I want to see the Houston bats get shut down, the Fenway crowd roaring in beer- and happiness-fueled ecstasy and Lackey stomping those giant feet and fists out there in a good way.

It’s already been a great first month of the season. A great Lackey performance would push us over the top.

Next post You Know Things Are Going Right When...

Previous post "Hey, Will Middlebrooks! Whose Team Has the Best Record in Baseball?"