Daisuke Matsuzaka, Party of One 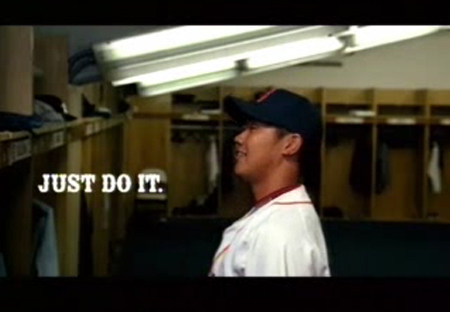 "Add 'recent press conference' to my list of things to avenge."

Remember back in 2006, when the Sox practically went to war with Japan and Scott Boras for the right to bid on Daisuke Matsuzaka’s services? And how the media crew following the guy’s every move made him look like a walking Scorsese set? And the Nike ads and the “Gyro Ball” and the anticipation and the way you bared your knives and knuckles and tore flesh from fellow patrons’ bones during heated arguments in local pubs as to whether his nickname should be “Dice-K” or “Mount Matsuvius” or “Clem Foster, Attorney at Law”?

What a difference a few seasons make. Just last week, Our Man Matsu held a press conference at the Sox’ spring training complex to deliver his annual “State of Daisuke” address. And nobody showed up.

Undeterred, the Dice Man apparently still gave his presser, which was observed by five squirrels and some Leyland Cypress bushes. He then hopped into his well-appointed hovercraft and zoomed home.

Personally, I’m hoping Daisuke turns it around in 2011, and becomes something more than “that handsomely paid guy in the rotation who gives you fits every time he starts.” But I’m not planning any congratulatory press conferences just yet.