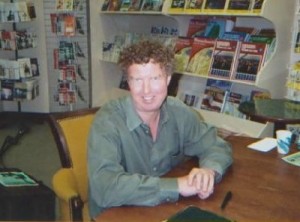 I really thought it was going to be fun watching the Jeter negotiations unfold. When it started getting ugly, even better. But then this idea, this silly, foolish concept of Jeter coming to the Red Sox hit the media. And now, Napoleon has jumped into the fray with his own attempt at justifying an impossibly stupid notion.

I don’t care if Jeter is way past his prime or if the Sox would have to wildly overpay a player of his diminished skills.

I say offer him the world. Forget about Jayson Werth. Blow Jeter away with dollars and years. At worst this would just mean the Sox would jack up the final price the Yankees must pay. It could be sort of like Mark Teixeira-in-reverse.

And if Jeter actually signed with Boston, the damage to the Yankees’ psyche would be inestimable.

Do I really have to explain the insanity in this? The “damage to the Yankees’ psyche” would be relieved every time Jeter couldn’t get to a ball that wasn’t hit directly at him or booted a routine grounder. And as Jeter’s skills at the plate continued to erode, the Yankees’ psyche would be all healed up watching Cliff Lee cashing Jeter’s checks in New York.

Then there’s this gem of an argument:

What’s the harm in offering Jeter $20 million a year over three years? If you can pay J.D. Drew $14 million per year . . . if you can pay a Japanese team $50 million just for the right to speak with Daisuke Matsuzaka . . . if you can buy a futbol club for $476 million, why not spend $60 million to bust pinstripe chops for all the ages?

Yes, Dan, John Henry bought a soccer team using money from the Red Sox coffers. And don’t even get me started on the Drew contract. I can’t tell if Shaughnessy and the other writers are trying to be tongue-in-cheek or not, but it’s not working. Just sit back and watch the Yankees and Jeter crap all over each other. Isn’t that enough to make the best Hot Stove season ever?