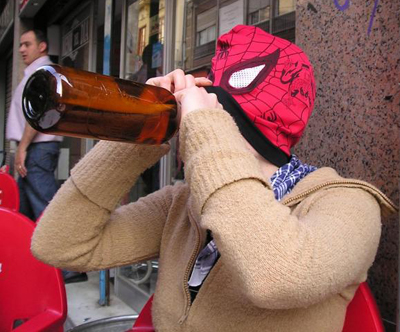 Tonight’s game against the Phillies combines two of my least favorite things: Interleague play and a start by Daisuke Matsuzaka, who has earned his fat paycheck just once this season, against the lowly-but-somehow-still-ahead-of-us-in-the-standings Blue Jays. So I’m going to do what any self-respecting person would do to ease the pain; Drink until I can’t feel my hands. And I invite you to do the same.

On the bright side, we get Jacoby Ellsbury back tonight for the first time since April 4. We’ll also have Papi at first and Youkbacca on the bench, ready for pinch-hitting and ass-kicking as necessary. Varitek’s behind the plate, since Daisuke didn’t like the pitches Vic called his last time out. If he loses tonight and tries to blame Tek, I’m guessing he gets a fresh anger-and-knuckles pie for dinner.

Next post Marco Scutaro: Not So Big in Japan