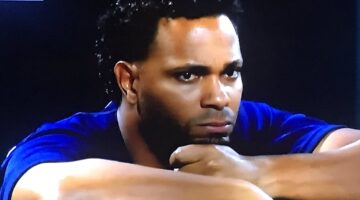 Depending on who or what you believe, any of the following may be true:

1) Curt Schilling is out until at least the All-Star break with a shoulder injury.

2) His doctor recommended season-ending shoulder surgery, which The Schill did not opt for.

3) The Red Sox, being impossible crafty, suggested they’d void The Schill’s contract if he had “unauthorized” surgery.

4) The shoulder injury is a complete fabrication, created because Schilling wasn’t going to make the weight clause in his contract, thanks to “Inject Yourself With Raspberry Loaf Cakes” night at the new Entenmann’s outlet store in Medfield.

5) Schill actually hurt his hand during an altercation with Green Arrow, which arose from a misunderstanding over a parking space.

Whatever the case may be, we have some options here. One is to run around and scream that the season’s over and we’re toast and we’re never going to find out just why Penny’s dad hates Desmond so much on Lost. Another is to somehow go back in time to just before the Mets landed Santana, and “intercept” them with the help of a few killer robots and some Mafiosa. Yet another is to get Schilling on Roger’s innovative, career-saving vitamin B-12 program, which, as we know, did wonders for the Rocket. The last and most plausible is to explore the free agent market, or promote the newly-bulked Buchholz to the starting rotation.

Either way, I shan’t freak. If Josh Beckett broke his knuckles in a juicer, or our 100 million dollar man from Japan tore his nuts on a bike chain then, yeah, I’d order a second Jaeger shot. But I trust in Theo. Brother’s gonna work it out.